What principles do the unvaccinated hold so dearly that they are ready to sacrifice their jobs and face ridicule and scorn?

Nurses in Kamloops are giving up the careers that they have worked so hard to establish: well-paying jobs with benefits and pensions. All because of a jab in the arm?

To lay off nurses is a tough decision for the labour-friendly B.C. NDP government.  Health Minister Adrian Dix called it a “significant and solemn day,” but said that the requirement to get vaccinated “is an absolute necessity in our healthcare system.”

Provincial health officer Dr. Bonnie Henry has been trying to figure out the rationale of unvaccinated health workers. “Some people are quite dogmatic against vaccines, which is unfortunate,” she said.

Kamloops nurse Glenn Aalderink is feeling hurt and rejected.  “We`re not being allowed to help. We were told we weren’t wanted, we weren’t needed — and yet, we know we are,” he said.

Aalderink is so dedicated that he is setting up a private clinic Kamloops –a clinic that the Health Minister says must be staffed by vaccinated healthcare workers. Since then, the clinic has been shut down by the landlord.

Other Kamloopsians opposed to receiving the shot are also paying dearly.

Kamloops City councillor Denis Walsh has come out against being vaccinated. I know Walsh and he is not an irrational man. He’s opposed to the conspiracy theories of the antivaxxers and has received flack from that side.

Now he’s being shunned from the other provaxxer side. His coffee shop business may be affected.  He may well pay a political price as well, and he says that he’s already lost some friends over it.

Kamloopsian Beat Klossner is opposed to this vaccination. We have lively back-and-forth exchanges on Facebook; agreeing that workers rights and wages are threatened but disagreeing over his comparisons of vaccine passports to Nazism.

Klossner is community-minded and has run provincially as MLA for the Communist Part of B.C. and for the Kamloops School Board.

Klossner seems like a reasonable guy but is opposed to the way COVID vaccines have been imposed. He made it clear to me that he is not an antivaxxer. He’s had many vaccines in his life. “It is this specific COVID case I have a problem with,” he told me by Messenger.

Klossner is resigned to his fate: “I made my choice, I live with it. I’m not allowed to travel, to go to a pub or other public places, etc. I’m fully expecting in a few months, at the most, I’ll not be allowed to earn a living anymore.”

I asked: “Do you feel like a martyr? Going down for a cause?”

Klossner replied: “No, but I made my choice and will live with it.”

In an attempt to understand why someone would make such sacrifices, I asked him:  “What is the principle on which you would sacrifice your liberty and ability to work.”

He replied: “I’m not certain what is going on, but there is something bigger in the background. Many guesses and theories are floating around. While many are ridiculous, they also always seem to have something that could be possible.”

There seems to be some dark, ominous feelings that those opposed this vaccine have. The vaccine has gone beyond a simple jab in the arm and taken on totemic properties.

New pipelines get politicians elected. However, they will remain empty; much like election promises that remain unfulfilled. There are good environmental reasons not to build new pipelines but the economics are rarely discussed. 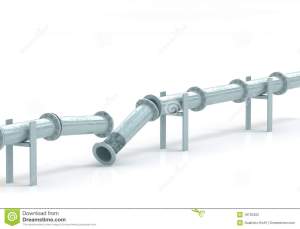 First the politics. Workers in the resource extraction industry like new pipelines because they symbolize well-paying jobs. NDP leader Adrian Dix learned that bitter lesson in 2013 when he opposed the proposed Kinder Morgan pipeline and regular unionized workers flocked to the BC Liberals.

Prime Minister Trudeau understands the politics of pipelines when he approved three pipelines and placed one under review (Trans Mountain, Enbridge Line 3 and Keystone XL approved and Energy East under review.)

However, approval of pipelines does not guarantee that oil will actually flow. Thomas Gunton, Director of the Resource and Environmental Planning Program at Simon Fraser University, has done some number-crunching. His analysis suggests that we are going to end up with a lot of empty pipelines:

“Building all four projects would therefore result in 2.4 million to 2.7 million bpd [barrels per day] of excess capacity in 2025, equivalent to about four Trans Mountain expansion projects worth of empty pipeline space (Globe and Mail, January 12, 2017.”

To put these numbers in context, our current capacity for pipeline and rail is five million bpd. The Canadian Association of Petroleum Producers (CAPP) forecasts that the current capacity will fill needs up to 2025. Note that this prediction is not coming from some environmental group but the very industry that produces the stuff.

Even existing pipelines may remain empty. The National Energy Board (NEB) projects that the price of oil price will drop by $17 a barrel. New climate policies that could further reduce production further.

Empty pipelines are expensive. Guess who’s going to pay for them?

“The capital cost of empty pipeline space would be about $25-billion, which would be borne by the Canadian energy sector in terms of higher tolls and by the Canadian taxpayer in terms of lower tax payments to government due to lower corporate profits. If current rail capacity is included, the surplus capacity would be even higher.”

You, dear reader, will pay for empty pipelines in higher fuel costs. The pipeline builders will recover the cost through higher tolls that oil producers will have to pay in order to move their fuel to market.

Politicians like to build monuments. Premier Clark is doing just that in proceeding with Site C dam. Like empty pipelines, transmission lines from the dam on the Peace River will remain empty. The market for electricity is flat and with conservation, consumption could be reduced by twice the output of the proposed Site C dam, according to the B.C. Sustainable Energy Association . They add:

“In its 2013 Integrated Resource Plan, BC Hydro assessed Site C and other possible resource options in relation to forecast energy and capacity needs over the next twenty years. BC Hydro concluded that Site C is needed for its earliest practical in-service date of 2023.”

Like the Egyptian pyramids, new dams and pipelines will create jobs but serve no practical purpose. The difference is that tourists will not flock to see them.

It wasn’t an easy birth. The private companies opposed it. It took the vision of one man to bring BC Hydro into existence in1961. Before that, a patchwork of power companies supplied the province. The largest, BC Electric, served the lower mainland. Premier W.A.C. Bennett had a dream. He wanted a single provincial power grid but the power commission of the day was dragging their feet explains Norman Farrell in The Tyee, (September 12, 2016.)

“But Bennett, premier since 1952 and an MLA since 1941, was unhappy with the power commission. He wanted faster expansion of the electrical grid — and he wanted greater control.”

Bennett faced problems in the creation of BC Hydro. His vision included the Two Rivers Policy –the damming of the Peace and Columbia rivers –something BC Electric wasn’t interested in doing. Worse still, BC Electric was antagonistic: proclaiming that they would not buy power from the Peace River dam even if it was built.

Damming the Columbia River presented a different problem. Kaiser Aluminum wanted to build a dam on the river, not for generation of public power but for the production of aluminum. Outrageously, they wanted to control water flow so that power could be generated in the U.S. by the Kaiser’s parent company.

Bennett was not going to see Canadian water go to the U.S. for hydro power, so he negotiated a deal with U.S. Kaiser to receive 20 per cent of the power generated downstream plus taxes and water license fees. The Government of Canada, headed by PM Diefenbaker, quashed the deal citing federal jurisdiction.

By now, Bennett had enough. In 1961, with the support of the NDP forerunner (the CCF), he seized control of the private BC Electric and formed the public crown corporation BC Hydro. Bennett understood the obvious: governments can borrow money cheaper than private developers. Now he could proceed with a plan that would span generations; something that private developers, who require quick returns, would never do.

Things were falling in place at the federal level, too. Liberal PM Lester B. Pearson replaced Diefenbaker as prime minister. Pearson negotiated a deal with the U.S. that effectively restored the former Kaiser one. With the money raised from the Columbia deal, Bennett built the Peace River hydro dam eight years later.

The ruin of BC Hydro came when the Campbell government decided to re-privatize power generation. Ideology drove Campbell into thinking that privately operated generators could do a better job. To push his ideology, he had to subsidize private suppliers in order to get generators built.

Campbell’s gift to private operators was to lock in prices that BC Hydro would have to pay. Last year, BC Hydro bought power from private sources at nine cents per kilowatt hour and sold it at three cents.

It doesn’t take a marketing genius to figure that selling a product at one-third what you pay for it is not good business. Worse, the BC Liberals are pushing for more hydro production at Site C on the Peace River –power that will be hard to sell in a market with flat prices.

NDP critic Adrian Dix said BC Hydro’s errors are a disaster for domestic customers and taxpayers.

“Both the government and BC Hydro misread the market years ago and are pushing ahead hoping no one notices,” Dix said. “The company failed to admit previous errors in demand forecasting and continues similar projections without explanation.”