More than a century before the confederation of Canada in 1867, the Royal Proclamation of 1763 established a basis of government in North America. Peter Russell, in his book Canada’s Odyssey: A Country Based on Incomplete Conquests, calls the proclamation “the formal beginning of Canada’s constitution,” and adds: 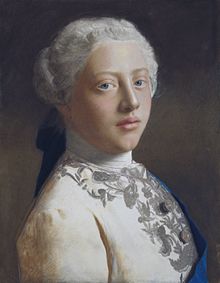 “Accordingly, the Proclamation called for that essential institution of Anglo-American liberal government: a representative assembly. This plan of government reflected the fact that, in terms of constitutional and representative government, Britain was the most advanced European state of the day. …France was still an absolute, not a constitutional monarchy (p.29)”

It’s odd now to think of England as a model for government now, but at the time a progressive King George III empowered the colonies of North America to form government comprised of citizens empowered to: “make laws for the Public, Peace, Welfare, and good Government.” Colonial courts were set up as well for hearing “all cases, criminal as well as civil, according to Law and Equity, and as near as may be agreeable to the Laws of England.”

The force of the proclamation reverberated through the centuries.

The first shock wave was the revolution of the thirteen colonies of what is now the United States. They were not happy with the lines drawn on the map of North America by the King. Land west of the colonies as far as the Mississippi was assigned to Indigenous peoples. The thirteen colonies saw the proclamation as hemming them in from expansion to the west. Two years after the proclamation, the American Revolution started which led to their independence in 1776.

Treatment of Quebec had a better outcome. With the winds of independence drifting through the colonies, Britain decided to accommodate their new colony of Quebec. Wisely so, since Catholic French-speakers outnumbered the English. In the Quebec Act of 1774, French property and civil law was introduced and French-speaking Catholics held public offices.

Recognition of Indigenous land title took a little longer. Two and one-half centuries later, Canada is finally recognizing Indigenous entitlement laid out in the proclamation. Reactionary Canadian governments ignored the proclamation and proceeded with the subjugation and assimilation of Canada’s first peoples.

As one of the three pillars of the founding of Canada, Indigenous peoples were left out of the British North American Act in 1867. The French and English pillars were there says Russell:

“One of the first challenges for the infant Canadian federation was its relations with the absent pillar, the Indigenous peoples (p.163).”

Two centuries after the proclamation, patient Indigenous leaders reminded us of their exclusion. George Manual was one of those who rallied against the failed colonization of his people. As former chief of the Neskonlith band of the Shuswap nation and participant of the residential school in Kamloops, he collaborated with Michael Posluns in writing The Fourth World: An Indian Reality in 1974.

In a landmark court decision, against the wishes of the Province of B.C., the court ruled that Nisga’a territory had never been extinguished. We live on unceded Indigenous land in most of B.C.

The Royal Proclamation of 1763 is referred to in section 25 of our Constitution Act of 1982. And on the 250th anniversary of the proclamation in 2013 was celebrated in Ottawa with a meeting of Indian leaders and Governor-General David Johnston.

B.C.’s Attorney General Geoff Plant would feel a whole lot better if he didn’t have to explain new treaties in light of last year’s controversial referendum.

The latest draft treaty with the Snuneymuxw people looks like a winner.  Until you compare it with results of the referendum that cost taxpayers $9 million dollars and angered first nations, that is.

The Snuneymuxw treaty is a first.  If ratified, the B.C. Liberals will have negotiated the first treaty through the B.C. Treaty process – – which cost $500 million over 10 years spent with nothing to show.  The former NDP government couldn’t get anywhere with it.  They negotiated the Nisga’a treaty outside the process.

Even the Chief of the Snuneymuxw has been won over. Here’s what Chief John Wesley Jr. had to say two years ago.  His motion to the  Assembly of First Nations stated that “the Government of British Columbia’s proposed referendum will incite racism and only serve to create a divisive and poisoned environment for treaty negotiations (July 17, 2001).”

Here’s what Chief Wesley has to say now. “There are breakthroughs. We’re glad of them. We worked really hard to get to where we are today,” he recently said.

So why aren’t the Liberals more vocal about this success?  Until a few weeks ago, Attorney General Plant seemed reluctant to even talk about it.  It wasn’t until CBC’s reporter Justine Hunter started to investigate that Plant even commented publicly.  When asked about the proposed treaty, Plant said:

“We had committed to a certain degree of flexibility around some issues. That I think has sent a message that we’re serious about concluding treaties (April 8).”

Ah, flexibility.  I would call it a compromise on the referendum principle of self government.  Question 6 of the referendum,  which asked  “Aboriginal self-government should have the characteristics of local government, with powers delegated from Canada and British Columbia.  Agree or disagree?”

More than 80 per cent of those who returned ballots agreed with the concept of municipal governments for first nations treaties.  Premier Campbell thought that the results of referendum were significant.

“After many years of being shut out of the treaty process, the people have finally had their say – and their message to first nations and to all Canadians is unmistakable,” Campbell said on July 3, 2002.

The unmistakable message to B.C.’s first nations was that they could expect tough bargaining.  They could forget about powers of self government like those in the Nisga’a treaty which was negotiated by NDP government.

The Nisga’a treaty proposed substantial powers of self-government–including an autonomous legislature with lawmaking powers over adoption, citizenship and land management.  It transferred 1,992 square kilometers land and $165.7 million to the 5,500-member Nisga’a band in northern B.C.

As opposition leader in 1998, Campbell disliked the proposed treaty so much that he filed a suit against the provincial and federal governments. He argued that the self-government provisions of the treaty amount to an amendment to the Canadian constitution and the NDP didn’t have a mandate to negotiate the treaty.  “People should make those changes, not politicians.”

So, now that the Liberals have the voice of the people, what does draft treaty recommend?   It looks quite familiar.

The Snuneymuxw treaty proposes substantial powers of self-government–including an elected government with lawmaking powers over citizenship, post secondary education, adoption, and land management.  It will transfer 47 square kilometers land and $75  million to the 1,300-member Snuneymuxw band in on Victoria Island northern B.C.  The Snuneymuxw treaty looks very much like the Nisga’a treaty on a smaller scale, including the self governing powers of a nation-state.  If Gordon Campbell were still in opposition,  would he take the government to court for failing to follow the referendum principle of self government?  Maybe that’s why the Liberal’s are reluctant to talk about it.

Not that Attorney General Plant was willing to admit it. “What we think we’ve achieved in Snuneymuxw is a form of self-government that is consistent with what the people of British Columbia asked us to try to achieve in the referendum campaign. . .,” said Plant (April 16 The Daily News).

The Attorney General should just forget the results of the confrontational referendum that was no more than a political exercise.  Treaties will go a lot smoother without it.