While some Indigenous Canadians take pride in the acknowledgment that we live on their un-surrendered lands, others are not so sure.

The facts of our occupation are clear from both a legal and archaeological standpoint. The Supreme Court of Canada ruled that Indigenous land rights have not been extinguished in the Delgamuukw decision of 1997. 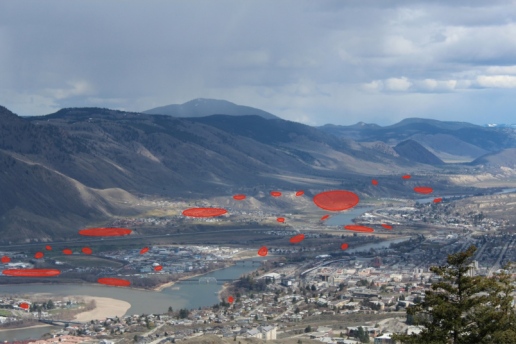 The discovery of human remains beneath a Kamloops street that predate European colonizers are further evidence of the first people who lived in the Thompson valley. Kamloops archaeologist Joanne Hammond says:

“The area along the river from Kamloops to Chase has been called the ‘cradle of Secwepemc culture’ –cultural traits that first appeared here are found through Secwepemcúl’ecw [Secwepemc territory]. Among B.C. cities, Kamloops is only second to Victoria in number of known archaeological sites within 10 kilometres of the city centre (Kamloops This Week, July 26, 2019).”

Land acknowledgments take on a ceremonial quality in the opening of parliament, school days, concerts, university events and even hockey games.

While some land acknowledgments are well-thought out, others border on the silly, like the recent one at Toronto’s Pride that didn’t even mention First Nations at all. It included vague statements, such as “no matter what part of Mother Earth our family originates from, we all have a relationship and a responsibility to the land. Let’s build a healthy relationship together.”

A panel of three Indigenous leaders spoke about Toronto Pride’s statement and land acknowledgments with the host of CBC’s The Current, Megan Williams (July 2, 2019).

“I think I was, for me it was a little bit absurd I guess. Yeah it’s a token gesture that ultimately can become symbolic, merely symbolic and meaningless.”

Sheila Cote-Meek, Anishinaabe and associate VP at Laurentian University, agreed that they are token gestures and added:

“I think we should be doing them but being more thoughtful about how we do them. . .”

Emily Riddle, Vancouver writer from the Alexander First Nation in Treaty 6 territory in Alberta, said some Indigenous people welcome them:

“I think for lots of indigenous people, particularly in the interior, they would say it means a lot to hear that their territory is being recognized in their presence.”

Politics puts those Indigenous Canadians who doubt the sincerity of land acknowledgements in the uncomfortable position of being on the same side of the issue as Conservatives.

Under the new Alberta government, land acknowledgements are now a matter of “personal preference.” The Minister of Indigenous Relations for the United Conservative Party of Alberta, Rick Wilson, says:

“We’re kind of leaving it up to everybody on their own accord; it depends on the situation (Edmonton Journal, May 29, 2019).”

Emily Riddle was asked what she thought of the Alberta government’s approach:

“I don’t think that they have any intention to acknowledge or move forward with treaties. I know Jason Kenney said in his campaign that there are no treaty lands in Alberta. So it would be disingenuous for him to do acknowledgements in my opinion.”

Alberta is located on Treaty 6, Treaty 7 and Treaty 8 territories.