A basic income has been promoted from the left and right for years but nothing has come of it. Maybe new leaders and a new world order will change that. 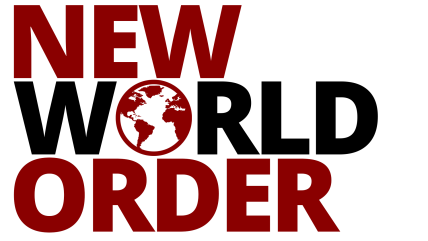 Sometimes called a guaranteed annual income, it has been supported by progressives and neoliberals alike. Progressives argue that a basic income would help reduce poverty. Neoliberals say it decreases government bureaucracy by combining a number of social services like welfare, child benefits, employment insurance, and Old Age Security into one.

What politicians have failed to do, the leaders of technology may accomplish. They clearly see the loss of jobs due to automation. Innovators such Elon Musk, CEO of Tesla and Space X, says:

“There is a pretty good chance we end up with a universal basic income, or something like that, due to automation,” Musk told CNBC in an interview last year.

Facebook’s Mark Zuckerberg sees it differently. A vital society depends on everyone having the opportunity to create new ideas. That’s why billionaires like him should pay for a financial safety net that allows everyone to find their purpose.

“The greatest successes come from having the freedom to fail,” said Zuckerberg. “Now it’s our time to define a new social contract for our generation. We should explore ideas like universal basic income to give everyone a cushion to try new things.”

Zuckerberg is on to something when he suggests a new social contract. The failure to implement a basic income takes place in an old world order that values industrial jobs and resource extraction above those of human interaction. Industrial jobs have been reduced and more automation is on the way. Resource extraction is pushing the limits of what the earth can deliver, and pushing the conditions under which humans can live.

Jobs that involve human interaction, such as child and elder care workers, have been low-paying. What kind of crazy world order invented a system where monotonous, often dangerous, planet-threatening, industrial jobs pay more than jobs that nurture our future in children, and care for the frail and elderly?

A new world order would include Zuckerberg’s transfer to the poor through a new social contract and much more. Former Greek finance minister Yanis Varoufakis envisions an end to globalization and the start of a new era in which a basic income would be part:

“And we need a universal basic dividend that would be administered by the New Bretton Woods institutions and funded by a percentage of big tech shares deposited in a world wealth fund.”

By Bretton Woods Institutions, he means the World Bank and the International Monetary Fund. They helped rebuild the shattered postwar economy and to promote international economic cooperation.

Trump’s grip on reality may be somewhat tenuous but he does understand turmoil; he thrives on the thrill of the circus. His constituents have had it up to here with the existing order. Trump is tearing globalization apart with a world tariff-war.

These are exciting times. Where politicians failed, maybe tech leaders, global visionaries and clowns will excel.