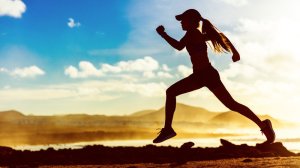 Defying logic, upsetting the plans of many to lose weight through exercise, and threatening exercise industries -there is no connection between exercise and calories burned.

Pontzer, an anthropologist at Duke University, lived with the Hadza people of northern Tanzania. He wanted to find out how many calories these hunter-gathers burned. It’s a grueling, energy-intensive lifestyle. He compared the calories burned by the Hadza with those burned by average adults in the US and Europe. They were the same. Even comparing average and sedentary adults of the Western world, they were the same. Pontzer was astonished:

“When the analyses came back from Baylor [university], the Hadza looked the same everyone else. Hadza men ate and burned about 2,600 calories. Hadza women about 1,900 calories as day -the same as adults in the US or Europe, We looked at the data every way imaginable, accounting for effects of body size, fat percentage, age, and sex. No difference. How was it possible? What were we missing (Scientific American, February, 2017)?”

I was astonished, too, when I read the article two years ago. Isn’t the obesity epidemic caused by lack of exercise? Can’t I eat that piece of cake and work it off in the gym? If exercise doesn’t reduce weight, why bother exercising?

I’m no anthropologist but both the fuel and the exhaust of our bodies are basic -oxygen in, carbon dioxide out. If we can measure CO2 output, that’s a measure of calories burned. A clunky way of measuring CO2 would be to have subjects wear a mask that collected CO2 while they exercised or sat around: not very practical.

Pontzer used a simple but elegant method employing “doubly labelled water.” This otherwise ordinary water has two tags, one isotope of hydrogen and one of oxygen. Subjects simply drink the special water and pee in a cup later. They are not confined in any way; they go about their daily business. Their urine now contains both isotopes in different amounts. The number of hydrogen isotopes is used as a reference. The number of oxygen isotopes indicates the amount of CO2. Subtract the two numbers and you have calories burned. The results were confirmed later using a device similar to a Fitbit.

This time he wondered how our close relatives, the apes, can live a sedentary lifestyle and not suffer from the the diseases we get from lounging around all day. In the wild and in zoos, apes sit around most of the day but don’t get carido-vascular and metabolic diseases. Humans who lounge around as much as apes suffer from type 2 diabetes, heart and brain disease.

Using doubly labelled water on apes (they are surprisingly cooperative in the collection of urine), he found that apes had evolved so that their calorie consumption matched their activity. They had evolved to lounge around.

Long ago when we were hunter-gatherers, our calorie consumption matched our daily activity. Now we don’t have to exercise and so we don’t. The problem is that calories not burned in exercise gum up the works. When we don’t exercise, calories are burned anyway. In a way not understood, calories not burned in exercise lead to an unhealthy outcome: carido-vascular disease and poor brain health.

Pontzer’s message is clear: “Exercise is not optional; it is essential.”