The walking, breathing, American scandal involves President Donald Trump groping women, mocking disabled people and provoking attacks on blacks. His former lawyer Michael Cohen says: “He is a racist. He is a conman. He is a cheat.” Cohen testified that Trump wanted him to pay off adult-film actress Stormy Daniels who says Trump had an affair with her. 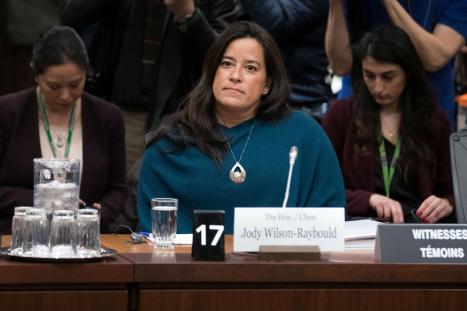 Prime Minister Trudeau is accused of trying to influence Jody Wilson-Raybould to settle a case out of court in order to save thousands jobs. The former attorney-general and minister of justice objected to the pressure, especially when she had already decided to proceed with the court case.

After she was shuffled out of the position, Gerald Butts, Justin Trudeau‘s former principle secretary, said it had nothing to do with the disagreement between Wilson-Raybould and Trudeau.

It doesn’t look that way. It looks like Trudeau didn’t like the fact that Wilson-Raybould was not complying with his wishes so he re moved her.

”. . .there is enough research out there to suggest that women in office do not believe in politics as usual. And once more women are brought into office, politics will have to change. We are seeing the consequences of that right now. (Globe and Mail, March 6, 2019).”

In addition to the mismatched expectations of new women in an old system, there is an inherent conflict in the office duties that Wilson-Raybould held. She alluded to them in her testimony:

“The two hats that the minister of justice and the attorney-general wears here in our country are completely different,” she said, “and I think there would be merit to talking about having those as two separate individuals.”

As minister of justice, she was expected to be a team member of Trudeau’s cabinet. As attorney-general, she was the government’s lawyer. Politics and justice seldom mix.

“There were times when I would oppose a decision of cabinet in confidence and then be obliged to show support for the decision outside of cabinet, out of cabinet solidarity − and because of solicitor-client privilege, I could not even say that I had opposed it. It created awkward situations.”

It’s hard to imagine this kind of scandal in former Prime Minister Harper’s government because there was no misunderstanding who was in charge. Non-compliant ministers would have been bullied into compliance or fired.

This distinctly Canadian scandal doesn’t centre on the dalliances of politicians but on Trudeau setting up expectations on which he couldn’t or wouldn’t deliver.

If offenders could be rehabilitated, communities would be safer but it would take a change in policy. The policies of the Harper government ensure that communities remain endangered.

The “tough on crime” policies of the Dark Decade meant government-legislated mandatory minimum sentences, capped incarceration credit for pre-sentence custody, limited parole eligibility, and plans to build more prisons to house pot-smokers,  mentally ill, and aboriginals –a plan that the U.S. advised against as I outlined in an earlier column (November, 2011).

Jonathan Kay, editor of Walrus magazine, says that there was eventually pushback even from conservatives. “Harper’s attitude toward criminals was so callous that even many Tory diehards began to push back (September, 2016). Kay quotes a conservative columnist regarding the closure of the prison-farm system. “When queried on the evidence for such measures or a broader philosophy of the role of incarceration in the criminal justice system, the justice department offers little more than slogans.”

Fortunately, rehabilitation is more than a slogan; it’s a plan. The prison-farm system is part of that plan because it provides education, vocational guidance and vital skills on how to improve the lives of prisoners and integrate them back into society.

The Liberal government plans to reopen prison farms on an “evidence based” approach. Minister of Justice Jody Wilson-Raybould has been instructed to review the justice system with a view to “increasing the safety of our communities, getting value for money, addressing the gaps and ensuring that current provisions are aligned with objectives of the criminal-justice system.”

Notice the difference? Safer communities does not mean just punishing prisoners but ensuring that when they get out that they are less likely to cause harm. The change in focus is from punishing offenders to securing society. Other than the visceral pleasure of revenge, punishment is no plan at all.

Another useful program that the Tories stopped funding was the Circles of Support and Accountability. This volunteer-run group was founded by Mennonites in 1994 and has proven results in keeping sex-offenders and pedophiles from reoffending. Studies suggest that they can reduce recidivism of sex offenders by as much as 70 per cent.

No wonder that the model of CoSA has been adopted by the U.S., Australia and New Zealand, and some European counties. Volunteers help men deal with landlords, stay sober, access food banks, and obtain government ID. More importantly, they help men avoid the triggers that that cause them to reoffend; help them deal with their guilt, shame, loneliness, and anger towards others. They are often the victims of abuse themselves.

This is not coddling the sickos, as avengers claim. This is protecting society. The CoSA program is not only effective; it’s cheaper than re-incarceration.

It’s not what he intended but former Prime Minister Harper has emboldened Canada’s Supreme Court and strengthened the Charter of Rights and Freedoms. 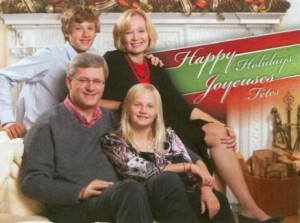 Harper set out to remake Canada in his own image; a conservative unlike any Canada has seen before. Certainly not like the Progressive Conservative party that his amalgamation consumed; one based the libertarian principles Harper learned from his American professors at the University of Calgary.

Harper considered the Charter, introduced in by Pierre Trudeau in 1982, to be an artifice. But to Harper’s chagrin, the legacy of his nemesis has been strengthened.

It’s not for lack of trying. Harper tried to subvert the Charter by passing contrary laws.  Looking to emulate the U.S. system of making political appointments, he tried to stack the Supreme Court to support his subversion. That backfired as the judges he had appointed struck down laws he had passed, such as those on mandatory jail terms or illegal drugs.

Another approach was to kill of the Charter by a thousand cuts. In changing the law incrementally, he imaged that lots of small increments would add up to big change. Sean Fine, justice reporter for the Globe and Mail explains:

“On murder, he took away the ‘faint-hope clause’ that allowed for parole after 15 years instead of 25. Then he permitted the 25-year waiting period for a parole hearing to be added up in cases of multiple murders – 25 years on each murder. And then he promised life in prison with no parole for especially brutal murders.”

Harper tried to shut down the safe-injection clinic in Vancouver, Insite, where drug users could inject heroin with a nurse present, The Supreme Court ruled that shutting the clinic would severely harm, perhaps kill, drug addicts.

The Supreme Court ruling had the unintended consequence of making it harder for the Harper government to limit the rights of the vulnerable. Undeterred, Harper pressed ahead with prostitution laws, which the court unanimously ruled against decreeing that the laws endangered prostitutes.

More consequences of this legacy played out when the city of Abbotsford attempted to keep homeless people from sleeping in parks by spreading chicken manure.

“B.C. Supreme Court Chief Justice Christopher Hinkson, a Harper appointee, ruled for the homeless and against the city. Government should not cause physical or psychological harm to a vulnerable population, he said, citing the Insite ruling.”

Ghosts of a strengthened Supreme Court and the Charter brought in by Pierre Trudeau will haunt the son. Rulings have reduced the ability of all governments to impinge on rights.

Solitary confinement in federal prisons is being challenged based on the Insite ruling. If Justin Trudeau’s new Minister of Justice, Ms. Wilson-Raybould, attempts to defend the status quo, she could find herself taking a position on basic Charter rights similar to that taken by the Harper government.

“The result could be a supreme irony: Unless she moves quickly – on refugee health cuts, on mandatory jail sentences that fall most heavily on aboriginal peoples, on a spate of laws that reduce judges’ discretion – the Trudeau government will find that its justice-department lawyers are in court defending Harper-era policies whose goal was to remove perceived liberal bias from the justice system.”