Provinces are allowing the expansion of family units to include friends and family. The selection of who’s in and who is out is tricky. 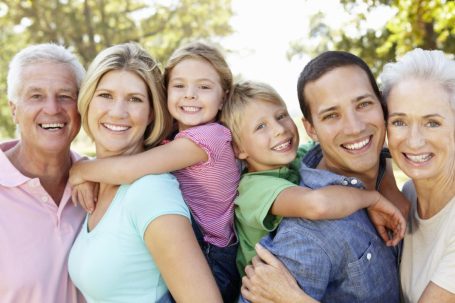 B.C.’s provincial health officer, Dr. Bonnie Henry, said last week: “I believe that we are at a point where we can increase our social contact, and we can have more people in our close circle of family and friends.”

Singles can pair off with another single or with a couple and socialize exclusively with them.

Families can also pair off with other families. But it has to be done carefully. As soon as you add others to your circle, you add all the people which they are connected to which amplifies the risk.

Before you extend your bubble family, sometimes called a cohort family, you need to check with them to ensure that their degree of virus avoidance matches yours. It would be a mistake to extend your circle to a family just because they’re “cool” as Professor Lucia O’Sullivan found out.

O’Sullivan wasted no time inviting her “best friend family” to join forces after New Brunswick allowed bubbling. The families lived nearby, traveled together, spent Christmas Eve together and have children of a similar age (Globe and Mail, May 2, 2020).”

“Saturday morning,” said O’Sullivan, “I was gardening and I thought, uh oh, I better contact them and see. I felt rushed because I thought everyone’s going to ask them. They’re like the coolest family in town. It’s like asking someone to the prom: Were they already taken?”

It turned out that they were taken. Instead, the “best friend family” had bubbled up into a group of eight: two husbands, two wives and four kids.  O’Sullivan’s parents paired up with her sister. Her best friend family’s parents decided not to break their quarantine. Bubbling can leave you feeling left out.

You can’t play the field. Dr. Henry says: “What you can’t do is see two people one night and four different people the next.”

An Edmonton couple, both who work and have a two-year old, bubbled with another working couple with two-year old forming a makeshift family of six.  They care for the children on alternate days: While one parent goes for walks, or does arts and crafts with the kids, the other three parents can work a full shift uninterrupted. They rotate a biweekly grocery run, one person shopping for both families. As a courtesy, they text message each other whenever anyone leaves the house for errands, a walk or a drive.

Mental health improves with socialization. Some sense of normalcy returns to these crazy times.

However, what legacy will remain once the pandemic is over. Will you remain close to those in your bubble?  Will those not included feel slighted or shunned?

And how will you feel about the “others’” outside your circle? The stain of disease is deeply engrained in the human psyche. If they didn’t meet your standards of hygiene, can they ever be trusted?