I agree with Conservatives who reject an internet tax to support Canadian media but for different reasons. 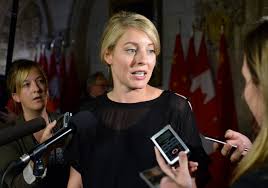 Conservatives reject taxes do so because they reject government intervention in what they see as a commercial enterprise. If media corporations can’t stand on their own without support from taxpayers, then they should fall.

But media are not only an enterprise; they are reflection of who we are and necessary for an informed citizenry. The goal of all legitimate media is to report unfiltered news and if my taxes go towards achieving that end, then it’s money well spent.

Before decided which side you’re on, it’s useful to know what it is. It’s a tax on streaming content over the internet as opposed to a tax on cable or satellite content, or over-the-air broadcasting.

What it’s called is determined by which side you’re on. Opponents call it a Netflix tax. “Applying the 5-per-cent levy to broadband distribution, that’s a Netflix tax,” said Conservative committee member Peter Van Loan. “Efforts to turn back the clock to an earlier era are doomed to failure.”

Prof. Michael Geist agrees with Van Loan but doesn’t find it necessary to call it a Netflix tax. It’s an internet tax because it applies to all internet content and as such, it’s a bad idea. Geist, a law professor and Canada Research Chair in Internet and E-commerce Law, sees the internet as more than a source Canadian content:

“A taxation system such as the one used for cable and satellite companies is highly inappropriate given the Internet’s importance for communication, electronic commerce, Web banking, education and tele-health. Given its integral role in virtually every aspect of modern life, it is wrong to treat network access as little more than an ATM for the cultural sector.”

Geist points also points out that such a tax is inconsistent with the Broadcasting Act because internet providers are not “broadcast undertakings” under the act.

Trudeau took the line that he was protecting the middle class: “We’re not going to be raising taxes on the middle class through an Internet broadband tax. That is not an idea we are taking on.”

Canadian media deserves support. Open Media suggests that the proceeds from the sale of cell phone wireless spectrum could go to Canadian content. Tax revenue should be used to support public and private broadcasters as suggested by Friends of Canadian Broadcasting. Small market broadcasters like CFJC in Kamloops should continue to receive funding from the CRTC.

Canadians pay one of the highest internet rates in the world. The best way to support Canadian media is to ensure that Canadians have an affordable, high speed internet where innovators can create content.