As Canada emerges from the Dark Decade, we need to get back on track with a modern economy.

The Harper government’s plan to make Canada an “energy superpower” was a disaster for a number of reasons. The plan reversed our progress as an industrial nation; it insured that Canadians would become the highest per capita emitters of CO2; it failed to anticipate the vagaries commodity markets. 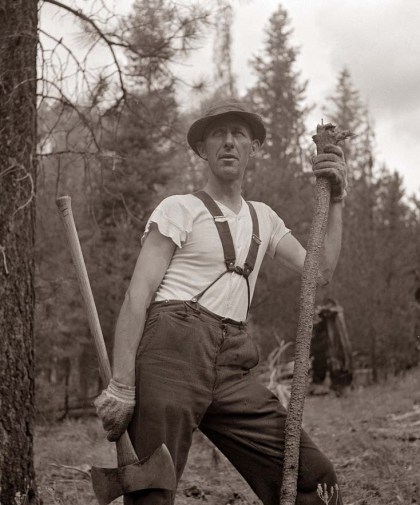 As long as we are hewers of wood and drawers of oil, we are just a colony of economic powerhouses. Mel Watkins identified this failed strategy as the “staples trap” in 1963.

“The tendency for the country to tilt its economic resources and policies in support of one particularly in-demand staple or another that, inevitably, leaves the economy struggling when the staple falls out of favour (David Parkinson, Globe and Mail, July 2, 2016).”

Watkins, now 84, looks back on the Dark Decade: “We bet the farm on oil prices staying high and rising, but that hasn’t happened and, it would seem, is unlikely to in any near future. We need to go back to the 1970s when there was genuine debate in Canada about industrial policy transcending staples.”

Back then, after World War II, Canada had shifted its workforce from agriculture to factories. By 1999, the high-value sectors of automotive, aerospace, transportation, electronics and consumer goods employed 60 per cent of the workforce. At the same time, the resource-sectors of agriculture, energy mining and forestry together only employed one-quarter.

What seduced Canada back into the staples trap? In a word: globalization. We gleefully sent manufacturing jobs to low wage countries with low environmental standards. Exports of metal ores doubled since 2000. Energy exports increased by 55 per cent at the same time as auto exports fell by 11 per cent. Economist Jim Stanford sums it up:

“The global commodities boom shifted Capital and policy attention towards extractive industries. Canada’s economy has been moving down, rather than up, the economic value chain.”

We’ve these cycles before where expansion in one part of the world triggers a global commodities boom. This time it was the modernization of China that triggered the boom. In the past it was the reconstruction of Europe and Japan after the war, and before that it was the rise of the U.S. as an industrial power.

Parkinson looks to future: “For the oil and gas business, the long term prospects look even more grim. The growing global momentum for green energy looks poised to steadily erode demand for fossil fuels over the coming decades. We may one day look back on the oil-price collapse of 21014-15 as the beginning of the end for the industry.”

During the Dark Decade, Canada invested heavily, not only in political resolve to exploit the dirty tar sands, but in the human and financial capital needed to dig the stuff up. It will take time to shift gears but Canada must shed its colonial mentality. It’s happening. Enbridge has invested $1 billion in wind-energy. Alberta has budgeted $3.4 billion for renewable energy.

B.C.’s government still has grandiose dreams of a fossil-fuel economy with liquefied natural gas. While Premier Clark hasn’t yet admitted it, that plan is history.