What was once a trickle has become a torrent of reports from women of how they were groped, fondled, molested, assaulted, raped, and verbally abused; how they fought off the unwanted sexual advances of men. 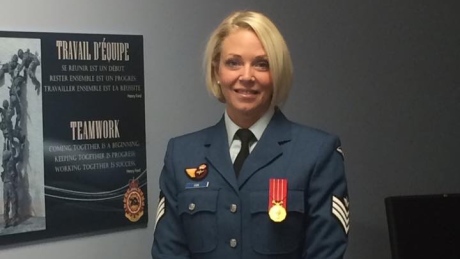 High-profile reports have come out of the entertainment industry. Actress Daryl Hannah told the New Yorker about the consequences of rejecting film director Harvey Weinstein’s advances: “We are more than not believed – we are berated and criticized and blamed.”

Harassment and assault on women takes a toll. Globe and Mail columnist Elizabeth Renzetti talked to dozens of women:

“Some of the women I heard from are in their 60s, 70s and 80s. The pain they carried through the years is palpable. In many cases, they knew what was happening to them was wrong, even if the culture at the time was more accepting of predatory behaviour. Often they told no one. They felt shame for not speaking up or acting. Sometimes that shame has been corrosive though the years and, in other cases, women have pushed it aside (November 18, 2017).”

It’s not just the world of entertainment. Women from many walks of life are speaking up. Sergeant Vicky-Lynn Cox of the Canadian Armed Forces told CBC Radio’s The Current:

“My first incident, without going into detail about my first incident, happened three weeks into the military. From that point on I didn’t really sleep soundly for the next 20 years. I’m approaching on 21 years of service. So I’m recovering from that. For years and years, I didn’t say a thing and for years and years I tolerated the environment around me because of the love of my country and the love of my work.”

Three Canadian comediennes spoke to The Current about the problems they faced. Michelle Shaughnessy said that male comedians think bad behaviour can be excused by saying that it’s just a joke:

“I know there was one incident where a colleague who was a friend, like I think it was kind of like the equivalent of like a drunk dial type thing. Actually sent me like a picture of their penis like the middle of the night, when obviously they had been drinking too much . . . you can mention it to these guys and their first defence is ‘were all comics. It’s a joke.’”

Women who were once afraid that they wouldn’t be believed, who were told “that’s the way it is,” are now speaking up.

It’s no joke. A shift in culture is happening. The more women who come forward, the more that others will be encouraged to do so. And as more women move into positions of power in corporations, government, police, clergy, and the military, the more they will be believed. “The tide is turning,” said Leeann Tweeden, the former model who has accused Al Franken: the high-profile writer, comedian and senator. It’s not enough that Franken “feels terribly” about the accusations.

I have a selfish reason to see the end of bad behaviour by men. I want to live in a society where women don’t have to suspect and fear men. The predatory and toxic actions of men are a burden on us all.