While Google’s response to plans by the Australian government to force social media giants to pay for news has been nuanced, Facebook’s response has been provocative.

Facebook announced last Wednesday that it would block news-sharing on its Australian site.

I suppose Facebook hopes to generate outrage from Australians so that the government will change its mind, but it’s not going to work. The social media titans are facing similar moves by governments around the world, including Canada. Australia is the just the latest battleground. Google has reached deals with publishers in Britain, Germany, France, Brazil and Argentina.

News is vital to a functioning democracy and it must be funded. But How? We pay for news one way or another; either with our attention through advertising or by subscriptions. The news that you receive through CFJC Today and Kamloops This Week is paid by advertisers. The Globe and Mail requires a subscription.

As newspapers folded one by one, one laughable solution to the news drought was an army of “citizen reporters” who blog the news. What we got instead was an army of ill-informed bloggers with bull horns, each shouting louder to be heard over the din.

You’d think that this would be a win-win situation. Facebook and Google make money from news posted on their sites and publishers reap the benefits of increased exposure.

Facebook argues that that the Australian government is trying to fix a problem that doesn’t exist. Facebook said that the proposed legislation “fundamentally misunderstands” the relationship between itself and publishers, arguing that news outlets voluntarily post their article links on Facebook, which helped Australian publishers earn about $400million in 2020 through referrals.

The trouble is that the traditional business model for news publishers is broken. Paying reporters to dig up relevant news is expensive. Facebook and Google don’t pay for the news and yet get they receive revenues from it.

However, Facebook has a point: they are doing news publishers a favour and if they didn’t post reliable news stories, fake news would fill the vacuum. But their response has been ham-fisted compared to Google’s. Even though their complaint is the same, Google reached a global deal with Rupert Murdoch’s News Corp., owner of The Wall Street Journal and two-thirds of Australia’s major city newspapers, to develop a subscription platform and share advertising revenue.

The difference in approach mirrors the culture of the two social media titans. When Mark Zuckerberg said of Facebook, “Move Fast and Break Things,” it reflected the provocative culture of the company.

Google’s original motto was “Don’t be evil” which later became “Do the right thing.”

Canada is watching as the battle unfolds globally. Canadian Heritage Minister Steven Guilbeault will be introducing legislation that will require Facebook and Google to compensate news publishers. Will the response of be one of retaliation or cooperation?

(NOTE: Since this column was published, Facebook has reached an agreement to pay news publishers)

Young Canadians have been blamed for being irresponsible during the pandemic for going to parties and bars. But there’s more hype than truth to these accusations. The deadly virus has been spread by people of all walks of life.

Young people are sacrificing the opportunities of a lifetime. This is a time to build professional networks for future careers. Relationships have been delayed at a time that they are looking for lifetime partners. Families are being put off for better times.

As an older person, the sacrifices I make are minimal –stay home and watch Netflix. Sure, I miss going to shows, bars and restaurants but these can hardly be characterized as sacrifices compared to what young people endure.

Government response has been geared to protecting the assets of older people, particularly wealthy old people. When stocks crashed in the self-induced pandemic recession, central banks pumped money into markets to preserve share worth and property values.

Economic relief is geared toward protecting the wealth and income of the top 10 per cent in society -those with homes, accumulated wealth and a defined-benefit pension- not for young people.

Young people have been hard hit with job losses and increased exposure to the virus. They’re more likely to live in shared accommodation and work in jobs that require a high degree of face-to-face contact. They are more likely to rely on public transit. And when they work in office buildings, it’s in relatively cramped conditions.

But what is clear is that if governments are determined to “return to normal,” the bulk of new infections will likely occur among young people for the simple reason that they inevitably engage in more social interaction than older people.

Despite receiving an unfair share of the blame for spreading COVID-19, young people have received little credit for leading protests against injustice.

Many young people are deeply idealistic, calling for such things as democracy, racial equality, climate action, human rights and justice in policing.

In Kamloops last summer, young people organized a protest in support of the Black Lives Matter movement. They called it BIPOC (Black, Indigenous and People of Colour) to reflect the overall injustice of racism.

The Tiny House Warriors in Kamloops, led by Indigenous youth, have protested the building of the Trans Mountain pipeline on unceded Secwepemc Territory.

The Idle No More movement, founded in 2012 by Indigenous youth, was in reaction to the Harper government’s removal of protections for forests and waterways in Bill C-45.

Young people have the most to gain when this pandemic sweeps the globe. Older people are more likely to die from COVID-19, which could improve the economic prospects of the young; fewer people drawing from pension plans, more houses on the market which would drop the price.

Young people have borne, and continue to bear, the brunt of isolated social interactions. They lead movements against racism, brutality and colonialism with little appreciation for their efforts.

I’ve found that you can determine how well a country functions by how well its postal system works. When I lived in Australia, I could count on letters getting back to Canada. When in Mexico, not so much.

During the pandemic, especially, a functioning postal service is proving to be vital.

Even before the pandemic, the mail served as a great leveller in communication. Anyone, regardless of whether they have an internet connection or not, can communicate with anyone else. In a country as vast as Canada, that’s especially essential. For the price of a stamp, I can mail a letter to Tuktoyaktuk or across town in Kamloops.

And the internet seems like an obvious replacement to mail until you realize just how insecure it is. Yes, bank statements can be sent electronically but so can fraudulent messages that dupe people out of money. The internet can’t be trusted for something as fundamental to a democracy as voting.

The postal system in the United States is under attack.

There are mounting concerns in the U.S. over being able to vote by mail in the upcoming presidential election. President Donald Trump has continued his attacks on the United States Postal Service, stripping it of funding and blocking a nationwide mail-in voting in the next presidential election.

Mailboxes were ripped up in Democratic states just one day after Trump threatened to sabotage the USPS. Residents of Oregon and Montana witnessed mail boxes being removed. The same was happening in New York City.

USPS defended the move, saying that they were removing boxes that didn’t receive much mail and so they cut the cost of picking up mail in remote locations. Their defence is lame considering that the new Postmaster General, a major Trump ally, overhauled the Postal Service’s corporate structure and reassigned 33 top executives.

The Trump administration is not interested in a reliable postal service as a vehicle of democracy. He clearly cares not a whit about the needs of citizens with accessibility issues, disabled veterans, the elderly and those in rural communities who rely on USPS.

Meanwhile in Canada, elections are proceeding without any doubts about Canada Post being able to deliver mail-in ballots. I have requested a mail-in ballot for the upcoming election in B.C., -as have one-third of eligible voters concerned about the pandemic.

The internet doesn’t cut it when it comes to voting. Melanie Hull of Elections BC said:

“While online voting would help ensure physical distancing, unfortunately there are still significant security concerns with this method of voting. It’s not something we recommend for a provincial election in B.C.”

The mail-in ballots in the upcoming elections in Canada and the U.S. will test our democratic institutions.

After the pandemic is over, I’m curious to know whether a letter I send from the U.S. will make it home.

Immigrants are not getting a whole story of the way our government works. They are given a study booklet called Discover Canada, the Rights and Responsibilities of Citizenship in preparation for becoming citizens. 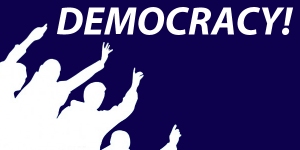 The booklet describes the traditional branches of government but fails to mention one of the most powerful agencies of government, the Prime Minister’s Office. It’s not even mentioned in our statutes or constitution. The rise in power of the PMO can rightfully be labeled a coup.

For your enlightenment, future citizens of Canada, here’s what the government’s booklet is not telling you.

Their lack of experience can lead to tensions. Such tensions came to light during the investigation of a senator accused of taking a bribe. Loosened from the bonds of loyalty, Senator Mike Duffy told the Senate:

“Today, you have an opportunity to stand strong and use your power to restrain the unaccountable power of the PMO. That’s what this Senate’s about, sober second thought, not taking dictation from kids in short pants down the hall.”

You will rarely hear such candid remarks from members of the government because, you see, the prime minister will fire them if they get out of line. It’s the kind of fear you would expect from an employer/employee relationship but it’s no way to run a government. The prime minister should take direction from his party and parliamentarians.

The PMO has become so powerful that it can act without even the knowledge and approval of the prime minister. The extent of this power was revealed through the release of emails in the investigation of alleged bribery by Senator Duffy. It turns out that many members of the PMO knew about the payoff to the senator but not the prime minister. Even the prime minister’s close friend and chief of staff knew and never told the PM.

This is only one case that we know of where the PMO acted independently of the prime minister. It’s a dangerous subversion of parliamentary democracy. There may be others.

The growing power of the PMO illustrates how unelected agencies can wield power and run out of control of their supposed masters.