Russian President Vladimir Putin has unleashed an army of trolls and bots. His bad intentions go beyond revenge and interference in U.S. elections. Recently, postings from his motley crew have resulted in deaths due to a measles outbreak in Europe. 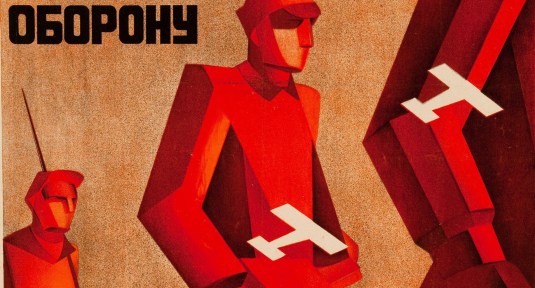 Putin never forgave Hillary Clinton for the mass protests against his government in 2011. He was convinced that Clinton was seeking a “regime change” in Russia. Hacking of the Democratic National Committee’s email server threw the Clinton campaign into disarray. Michael McFaul, U.S. ambassador to Moscow until early 2014, commented: “One could speculate that this is his moment for payback.”

Canada is not immune. Putin doesn’t like Canada’s Foreign Affairs Minister Chrystia Freeland. As a reporter, she called him an authoritarian, an autocrat and “really dangerous.” Months after she became minister, Putin banned her from Russia. Canadians have been targeted through Facebook. Russian trolls befriend unsuspecting users to spread their propaganda.

To be clear, I like Facebook and use it daily but I’m very careful about friend requests. I personally know most of my contacts and others are friends of people I trust. But Facebook admits that hundreds of millions of others have been sucked into the Russian vortex. If you’re not sure, check your Facebook account here for any Russian agents. If the box is empty, it doesn’t mean that you weren’t exposed, it just means that you didn’t engage them.

The motive of Russian trolls is to agitate and divide countries with the hope that governments will be thrown into chaos. That’s easily done in the U.S. with a president that refuses to admit what everyone knows: the Russians interfered in his election.

Russian trolls are responsible for the public health misinformation that led to a measles outbreak in Europe this summer where cases doubled over 2017 and 37 people died.

Heidi: Oh I think it has contributed significantly. But these new tools: social media, Facebook, they are organizational tools, they’re not just about spreading information — they’re empowering groups of people not even geographically local across different locations to organize into groups. And that kind of organizational power that these tools have given some of these anti-sentiments is I think as concerning as the negative sentiments.”

The malicious posts have been traced back to the Russian troll farm, Internet Research Agency.

Researchers found that trolls were 22 more likely to tweet using a hashtag referencing vaccines than the average user. Echo chambers embolden Facebook users into thinking their bizarre thoughts are valid. It turns out that when just 25 per cent of people in your social media network are against vaccination, it can delay or prevent vaccination –even for those who previously were ready to vaccinate their children.

Facebook and Twitter are working remove agents who want to undermine democracy. Meanwhile, we need to be vigilant.

Facebook hasn’t been completely honest. They haven’t made it clear how we pay for the service.

Facebook is the world’s largest social network with 2 billion active users –I’m one of them. What I get from Facebook is the opportunity to connect with friends and family. What Facebook gets is $52 billion a year in advertising, an average of $80 per North American user annually. I get a valuable service and Facebook gets $80. But what’s troubling me is: just who is trying to influence me? Who have I sold myself to?

The answer hasn’t been clear because the true source of postings isn’t always obvious.  An investigation by the U.S. Senate revealed that Russians anonymously influenced the outcome of the last presidential election. Facebook told the Senate that Russian agents placed 80,000 posts that were seen by 150 million Americans.

Earlier this year, Facebook’s Chief Security Officer, Alex Stamos said that Russians bought 3,000 ads amounting to $100,000 between June 2015 and May of 2017. In violation to Facebook’s policy, 470 were connected to inauthentic accounts. Not all the ads were overtly political.

“Rather,” says Stamos, “the ads and accounts appeared to focus on amplifying divisive social and political messages across the ideological spectrum — touching on topics from LGBT matters to race issues to immigration to gun rights.”

Such propaganda sneaks by our defences unnoticed because of the homey feel of Facebook; you don’t expect disinformation to be bundled with posts from friends.

Other Russian accounts weren’t subtle at all. One Facebook posting was from a fake group called “United Muslims of America.” It targeted actual Muslims. The group claimed that Hillary Clinton admitted that the U.S. “created, funded and armed” al-Qaeda and the Islamic State.

Another Russian Facebook group, “Army of Jesus,” featured Jesus arm-wrestling Satan in which Clinton is Satan. Trump is “an honest man who cares deeply for his country,” the group added.

Facebook knows you well. They know where you live, what you like and what you share, where you travel, what you do for a living, when you are online and for how long. Facebook knows you in unimaginable detail. There are more than 52,000 Facebook categories used to microtarget ads to your interests and desires according ProPublica: subtleties of your character that that even you may not even be aware of.

In an attempt to clear the fog of deception, Facebook Canada has announced that they are going to pull the curtain back and reveal more about advertisers. Ads will now have to be associated with a Facebook page –that’s already standard with brand-name products. And ads will reveal how you have been targeted.

The U.S. Senate wants Facebook to go further with their proposed Honest Ads Act. The act would require disclosure of the rate charged for the ad, the name of candidates in the case of political ads, and contact information of the purchaser.

In the past CEO Mark Zuckerberg has resisted, claiming that Facebook is just a technology company. Now it’s becoming abundantly clear that Facebook is not just a sharing platform but a publisher, and as such must be responsible for its content.