Medications affect women differently than men but you wouldn’t know it from prescribed drugs.

Take the sleep drug Ambien, for example.  After the drug had been placed on the market, it was found to have a dramatically different effect on women. The U.S. Food and Drug Administration found that five times as many women were experiencing driving impairment eight hours after taking the drug. As a result, doctors now prescribe “sex-specific” Ambien which is a lower dose. In Canada the drug is sold under the name Sublinox. But sex-specific prescriptions are the exception rather than the rule.

Doctors prescribe the same drugs for men and women even though they have only been tested on men. Researchers have known about this weakness of drug trials for a long time. Dr. Marcia Stefanick, professor of medicine at Stanford University explains:

“Indeed, drug metabolism, tolerance, side effects and benefits differ significantly between the average man and woman for many widely prescribed medications, with women having a 50 to 70 per cent higher chance of adverse reaction (Scientific American, September, 2017).”

Despite knowing of the difference, few women are included in trials. In a review of 258 trials of cardiovascular treatments, only 27 per cent of the participants were women, and of those only one-third were reported by sex.

Despite years of “Red Dress” campaigns, most people and many physicians still think heart disease is a man’s disease. They are surprised to learn that heart disease is the number-one killer of women, far exceeding deaths from breast cancer. Physicians are less familiar with the symptoms of heart disease in women. In men, the main symptom is chest pain, whereas in women symptoms can include back pain, nausea, headache and dizziness. Women’s symptoms are seen as “atypical” because men don’t report them.

Chauvinistic blindness excludes half the population.

Heart disease also involves the build-up of plaque in the arteries. Men, and older women, tend to suffer from a blockage in one location. Younger women are more likely to have diffuse plaque along the entire artery with the same effect. Because a local block is not found in a younger woman, she could be diagnosed as “free from of heart disease” even though at risk of a fatal heart attack.

The other sex is sometimes overlooked in trials. Men are often neglected in studies for ailments thought to be unique to women. Osteoporosis, characterized by reduced bone strength, is considered a woman’s disease because white women are twice as likely to suffer a bone fracture as white men. As a result, fracture prevention trials include few men. But one-third of hip fractures are in men –and they have worse medical outcomes than women

Men are more susceptible to viral, bacterial, parasitic and fungal infections than women; the exception being sexually transmitted infections such as HIV and herpes which is more prevalent in women. However, women’s resistance to infection comes at a price. Women constitute 70 per cent of cases where a robust immune system attacks her own body in autoimmune diseases.

Professor Stefanick lauds the Canadian Institutes of Health Research for promoting the inclusion of sex and gender in drug trials and wishes the U.S.  Government would do the same. She adds:

“We need further mandates, through policy and funding restrictions, to ensure that female biology makes it into textbooks and testing protocols.”

It’s hard to believe that some Canadians are opposed to wind energy. Contrary to the results of a Health Canada study, they think turbines contribute to health problems. 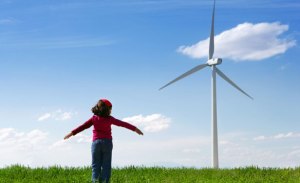 The $2.1-million study followed 1,238 people in Ontario and Prince Edward Island in response to anti-wind farm groups who said that the turbines were making them sick, creating stress and disrupting lives.

Turbines do not have any measurable effect on illness, chronic disease, stress or quality of sleep. However, some people are annoyed by the aircraft warning lights or the way they cause shadows to flicker.

One of the most vociferous anti wind protesters, Esther Wrightman of Adelaide Metcalfe, Ontario, was so disturbed at the construction of wind towers that she moved to New Brunswick. In her blog Mothers Against Wind Turbines Inc. she says: “I don’t think we had much of a choice here. When you have people in your family with (pre-existing) health problems –you can’t risk it to stay –you have to leave.”

Annoyance is subjective. Those who benefit are less annoyed. “Annoyance was significantly lower among the 110 participants who received personal benefit, which could include rent, payments or other indirect benefits of having wind turbines in the area e.g., community improvements,” said Health Canada

Annoyance can be implanted. Susan Holtz, a Nova Scotia consultant on energy and environmental policy explained how in Alternatives Journal. It’s called the “nocebo effect,” similar to the placebo effect except that negative expectations induce negative effects. In a study conducted at the University of Auckland, one-half of subjects were shown news clips about health problems related to inaudible low frequency wind turbine sound. Then they were exposed to nonexistent (sham) low frequency sound and then subjects reported symptoms as they saw reported. The other half who had not seen the news clips reported no such symptoms when exposed to fake, or even real, inaudible low frequency sounds.

Even politics affect people’s perceptions of wind energy. The darling of the right-wing set, Ezra Levant has taken up Esther Wrightman’s cause when she was forced to take down some content on her blog. The wind turbine company, NextEra, threatened legal action and claimed Wrightman had made false and misleading statements against the company and had unfairly attacked their trademark.

Levant came to her rescue. “And the only reason you have not heard of this lawsuit — the Canadian Civil Liberties Association is not defending her free speech, the CBC has not put this on their nightly news — is because the corporate bully here is not an oil company like Exxon. It’s a wind turbine company called NextEra. See, that kind of bullying is OK,” he said in the Toronto Sun. Levant opposes wind turbines for no other reason than they are supported by the Ontario Liberal government headed by Kathleen Wynne.

Wind turbines are an inexorable force as part of quitting the fossil fuel habit. Wind power is increasing by 15 per cent a year globally and in Denmark it produces 40 per cent of their total. To paraphrase Creedence Clearwater Revival, “Who’ll stop the wind?”