In an information vacuum, all kinds of thoughts flourish. 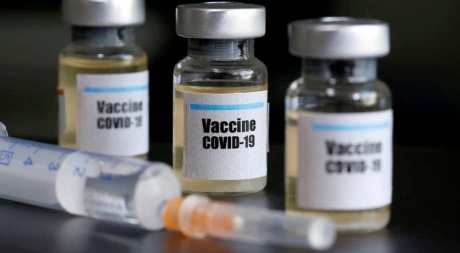 Canadians generally favour vaccines but doubts persist. In a recent survey, 15 per cent of Canadians and 20 per cent of Americans said they would not get a COVID-19 vaccine if it were available.

Why would you not get vaccinated against a deadly disease? Let’s count the reasons.

Some of it is simply “needle fear.” A study published in the Journal of Advanced Nursing found that 16 per cent of adult patients avoided the flu shot because of needle fear (Globe and Mail, May 22, 2020).

Then there is the fear from rushing to produce the vaccine. Political pressure is being put on researchers in the U.S. and China to come up with the first COVID-19 vaccine. Will such a vaccine be thoroughly tested for efficacy and long-term side effects?

There is the politics of choice: “Why should I be forced to get a vaccination if I don’t want to?” Well, public health is not a personal choice. In a universal health care system like we have in Canada, we all pay for the careless choices of individuals.

The psychology of “fear transfer” is a factor. Once we have exhausted our fears about the actual virus, fear of the vaccine becomes the greater threat.

In the U.S., presidential election politics are at play. President Trump has whipped up anti-lockdown sentiments in states that are reluctant to open the economy too quickly which would result in more COVID-19 deaths. Anti-lockdown protestors have also been pushing the anti-vaxx message.

Some Canadians are reluctant to have vaccinations too but they are not necessarily anti-vaxxers. They just want more valid information. In the absence of valid information from reliable sources, parents will turn to dubious sources such as those found on Facebook.

Anti-vaxxers tend to be concentrated in private or religious schools, or in home-schooling, and they live in a rural area or a community with a small to medium-sized population.

Another source of reluctance is irrational reasoning. “Why should I get a vaccination for a disease that doesn’t exist?” Of course, the disease, such as measles, has been suppressed because of vaccinations. Without vaccinations, they come back.

More wishful thinking is that: “if enough people are exposed to the COVID-19 virus, they will develop herd immunity and vaccinations won’t be required.” The problem is that we don’t know whether exposure to the virus develops resistance or for how long.

A federal agency, the Canadian Institutes of Health Research, has recently funded research into the psychological factors of the pandemic. Researchers will monitor social media for concerns and for conspiracy theories being raised about the pandemic, including those about a future vaccine.

The researchers, Eve Dubé, of Laval University and Steven Taylor of The University of British Columbia argue that rational, science-based messaging about the vaccine needs to begin early, especially at a time when the public is saturated with health information about the pandemic.

“It is important to be pro-active, instead of leaving an empty space for vaccine critics to fill the information void,” said Eve Dubé, “Once the trust in vaccination is weakened, we are vulnerable to crisis.”

Reliable messaging about the COVID-19 vaccine has to start now.

If we really want to convince parents to vaccinate their children, name-calling and vilification is not the way to go.

Yet, that seems to be a common tactic. You don’t have to go far on social media to find out. Here’s an example from Twitter:

Having lived through polio epidemics as kid, I don’t have to be convinced of the benefits of vaccination. Polio vaccines not only saved lives, it removed my fear of going to movies and school, and of going out to play.

The danger is real. A measles outbreak in the U.S. is at a 25-yar high. Three-quarters of those who caught the extremely contagious disease are children or teenagers.

Canada has large pockets of unvaccinated children. In Ontario, they have things in common:

“Those students tended to have things in common. For instance, unvaccinated children with non-medical exemptions were more likely to go to private or religious school, or be home-schooled, live in a rural area or a community with a small- to medium-sized population and be located in the southwest and central west regions (Globe and Mail, April 30, 2019).”

As is typical of character assignation, reluctant parents have been unfairly grouped together. But they are not monolithic say professors Julie Bettinger and Devon Greyson of UBC and the University of Massachusetts, respectively:

“While dismissing non-vaccinating parents as anti-science, uneducated, conspiracy theorists might be tempting, we find these stereotypes represent only a small minority of this population (Globe and Mail, April 22, 2019).”

Professors Bettinger and Greyson found that these stereotypes represented a minority of non-vaccinating parents. They surveyed, interviewed, and observed more than 2,000 parents to understand what causes vaccine hesitancy and how to address it.

First, despite the characterization of non-vaccinating parents as “pro-death” and “pro child-suffering,” they have the best interests of their children at heart. Additionally, they care about other children who can’t be vaccinated and who are at risk.

Yes, they may fear the safety of vaccines as a result of what they have heard from people they trust. Some lack of knowledge of the extensive testing and safety monitoring that ensures our safe vaccine supply. Sometimes their reluctance is born from a lack of trust and a perceived betrayal by the health care system -they don’t believe anything medical researchers tell them.

Some indigenous people don’t trust the colonial system that decimated their communities by purposely introducing disease.

They may live in remote areas and face barriers of getting to clinics. Access can be a problem for urban dwellers, too, for those who can’t get time off work to take in their children.

Some fear talking to health-care providers about their concerns because they’ll be labelled as “one of those parents.”

The remedy to vaccination-resistance is not easy. Trustworthy relationships must be developed. Mobile clinics with extended hours will help. Name-calling and the failure to address the genuine concerns of parents will only deepen the divide.