China is taking a page out of the American playbook in their massive global investment called the Belt and Road Initiative (BRI). 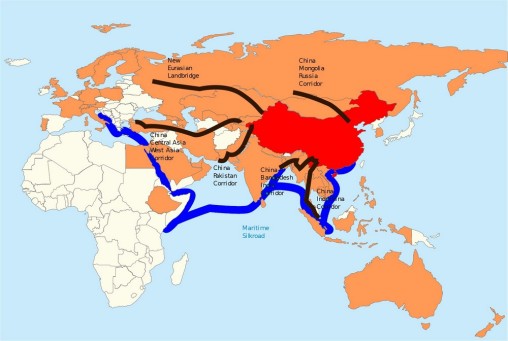 “Belt,” is short for the Silk Road Economic Belt and refers to the overland routes for road and rail transportation; “road,” is the 21st Century Maritime Silk Road referring to sea routes.

In America’s version, the Marshall Plan, they invested $100 billion in the war-torn regions of Europe after the Second World War. The stated goals were to remove trade barriers, modernize industry, and improve European prosperity.

The unstated goals of the Marshall Plan were to establish an economic presence in Europe. The Soviets understood this. Soviet Foreign Minister Vyacheslav Molotov, in opposition to the plan in 1946, said: “If American capital was given a free hand in the small states ruined and enfeebled by the war [it] would buy up the local industries, appropriate the more attractive Rumanian, Yugoslav … enterprises and would become the master in these small states.”

According to China’s official newspaper, the People’s Daily, the goals of the Belt and Road Initiative are: “To construct a unified large market and make full use of both international and domestic markets, through cultural exchange and integration, to enhance mutual understanding and trust of member nations, ending up in an innovative pattern with capital inflows, talent pool, and technology database.”

It’s the largest infrastructure project ever with $1 trillion designated for South-east Asia, Eastern Europe and Africa. The plan is expansive. It includes 71 countries that account for half the world’s population and a quarter of global GDP.

Western countries worry about ulterior motives. Jonathan Hillman at the Center for Strategic and International Studies in Washington says: “It’s a reminder BRI is about more than roads, railways, and other hard infrastructure. It’s also a vehicle for China to write new rules, establish institutions that reflect Chinese interests, and reshape ‘soft’ infrastructure.”

Martin Jacques, former editor of Marxism Today is less suspicious. He thinks China is developing sources of commodities in Africa so developing nations can improve their economies and be less dependent on Western demand.

“Secondly,” says Jacques, “and this is why I deeply resent the argument that China is the new colonial power in Africa, China understands the problem of developing countries. One of the big problems is developing infrastructure that delivers transportation, energy and the necessary building blocks of a more developed economy (New Internationalist, July/August, 2018).”

Maybe China can do global supremacy better than the Western world. Resource extraction by Canadian mining giants in Africa has been less than stellar. At a tantalum mine in central Mozambique owned by Pacific Wildcat Resources based in Vancouver a man was shot and killed, inciting community members to set some equipment ablaze. At the Montréal-based Kiniero mine in Guinea, the military killed three in a bid to drive away small-scale miners away. Soldiers also shot a woman and burned her baby

While American foreign policy amounts to bluster and bravado, China is climbing to superpower status by integrating itself into local economies. China will inevitably make mistakes but the Belt and Road Initiative is more systematic than the Western World’s haphazard corporate colonialism.

The U.S. talks tough about China but they can no more stop China’s ascendancy than they can stop the sun from rising.

For the first time in decades, Canadians are more likely to hold a negative view of the U.S. than positive. According to a survey by the Environics Institute, it’s the lowest ever with only 44 per cent saying that they hold a positive view of the U.S. 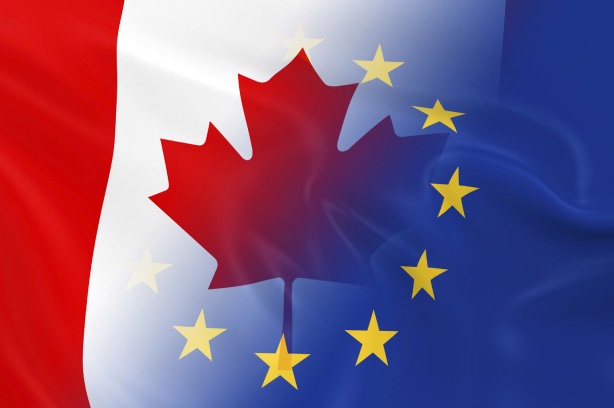 “It is not a subtle drift – Canadians were overwhelmingly positive about the United States as recently as 2016, until Donald Trump’s inauguration put a majority into the anti-American column. The proportion of Canadians who see the United States as “a negative force in today’s world” is now almost 6 in 10, a 12-per-cent rise over 2008, making America by far the most negative country in the eyes of Canadians (Globe and Mail, April 16).”

Canadians see the U.S. even more negatively than even North Korea which is second at 46 per cent.

The U.S. and Britain used to be viewed as “standing out as a positive force in today’s world.” Now Germany is number one, Britain has fallen to second place, and Sweden has risen to third.

While we don’t share languages, we do see similar values in Germany and Sweden.  Those two countries took in two-thirds of Europe’s refugees during the crisis of 2016 at a time when President Trump was denouncing them. And they have avoided far-right governments, which make them look more like Canada.

Canadians look globally in terms of trade. Almost three-quarters of Canadians have a “very favourable” view on international trade. Even NAFTA is more popular than ever. Two-thirds of us say that it “helped rather than hurt” Canada -the highest level since the agreement took effect in 1994.

It may seem as though whatever Trump is against we favour, but it’s not just anti-Trumpism.

Peace defines Canada as much as war. Much has been made of the battle of Vimy Ridge as a defining moment for our country. However, peace played a significant role in shaping Canadian values. Pollster for Environics Institute, Michael Adams, says:

“In recent decades, Canadians have consistently named peacekeeping as their country’s most notable contribution to world affairs since Pearson’s Nobel Prize. This sentiment has held through both Canada’s World surveys that the Environics Institute has carried out, first in 2008 and in 2018 (Globe and Mail, April 16).”

Canadians are more connected than Americans. Anatoliy Gruzd, one of the authors of a recent report The State of Social Media in Canada, told CBC Radio’s Spark:

“Canada is one of the most connected countries in the world. There are twice as many Twitter users than the U.S. per capita. We are very outside-looking. We want to know world events (Mar. 11, 2018)”

Canada is a nation of immigrants and, unlike the current U.S. president, we value them as an asset not a liability. Canadians look to the world, not only because trade is vital to our economy and to keep in touch with families in home countries, but because we see ourselves as part of a global community.