The fires of cultural appropriation were fanned recently when the editor of a small magazine published by The Writers’ Union of Canada wrote “I don’t believe in cultural appropriation.” Then he poured gasoline on the fire by promoting a “Cultural Appropriation Contest” in which the winner would the writer who appropriates culture the most: “. . . the Appropriation Prize for best book by an author who writes about people who aren’t even remotely like her or him.” He was forced to resign. 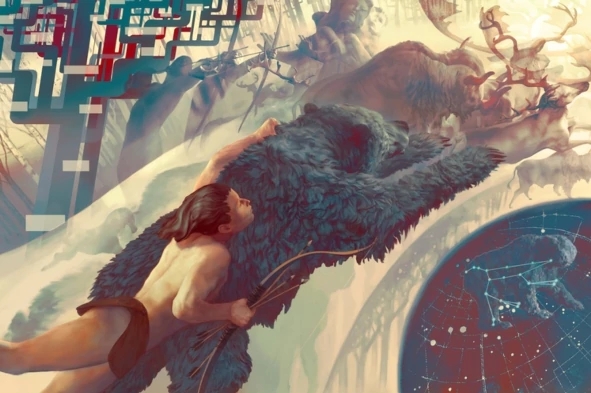 Cultural appropriation is not fiction. It is real. Grey Owl (aka Archibald Belaney) didn’t just write stories about indigenous North Americans –he completely assumed their identity. The British-born Belaney fabricated his persona after arriving in Canada in 1906. In 1925, he married a Mohawk Iroquois woman, 19-year-old Gertrude Bernard (aka Anahareo), who later encouraged him to write about his experiences.

Some indigenous writers claim that only they can fictionalize indigenous characters. But to what extent should a writer be indigenous? Prize-winning Canadian novelist Joseph Boyden wrote extensively about the indigenous experience. Boyden is primarily of Irish and Scottish ancestry but also claims Nipmuc and Ojibway heritage. How pure should an indigenous writer’s linage be to qualify?

A writer for APTN National News called out Boyden for faking his indigenous roots. I can understand calling out an author for not portraying authentic fictional characters. However, Boyden’s characters are authentic. I his novel, Three Day Road, he tells the story of two Cree soldiers serving in World War I, inspired by an Ojibwa sniper. Would Boyden’s story be more authentic if his pedigree were more indigenous?

“There are levels of irony at play in all this. To begin with Norval Morriseau was criticized for using sacred symbols in his work. He was accused of debasing them. There is a consistency, here, but how strange that some of the condemnation of PL would be a condemnation of Morriseau, too (Globe and Mail, May 14, 2017).”

If anything is appropriated, it is the entire volume of human storytelling from when early humans looked up at the constellations of the night sky and told of Ursa Major, or “great bear”. These tales are so ingrained that they can be used to trace ancient migrations of humans across the globe. Julien d’Huy explains in Scientific American:

“This research provides compelling new evidence that myths and folktales follow the movement of people around the globe. It reveals that certain tales probably date back to the Paleolithic period, when humans developed primitive stone tools, and spread together with early waves of migration out of Africa (September, 2016).”