China doesn’t need the sneaky influence of social media to influence the outcome of our federal election when the brute force of trade sanctions work. 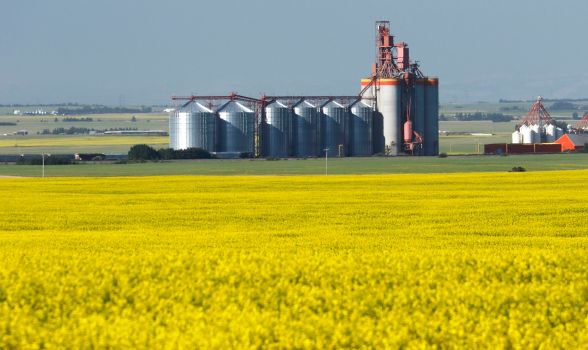 image: The Globe and Mail

Not to say that social media aren’t a concern. Federal Minister of Democratic Institutions, Karina Gould, worries about the influence of digital platforms and their inability to protect the “digital public square.”

“And in Taiwan, where I have lived for the past 13 years, I have witnessed first-hand Beijing’s repeated use of financial sticks-and-carrots and how that approach is used to affect electoral outcomes (Globe and Mail, April 1, 2019),” said the former analyst with the Canadian Security Intelligence Service.

Here’s an example of how China’s strong-arm tactics work: After the dispute between Philippines and China over territory in the South China Sea in 2012, Beijing cancelled orders of bananas and restricted Chinese tourism to the Philippines. After Philippine President Rodrigo Duterte capitulated, Beijing lifted tourism restrictions and resumed orders of commercial crops.

Canada’s feds are under pressure after China restricted the importation of our canola. Farmers blame Prime Minister Trudeau for not moving quickly enough to prevent “the biggest disaster” in living memory. Growers across the Prairies commonly devote half their acreage to Canola and sell 40 per cent of it to China.

Complaints from growers sound a lot like Western alienation.

“One thing I’m hearing more of is extreme disappointment with our government,” said Brett Halstead, a farmer in Nokomis, Sask. “It doesn’t look or feel like they’re taking it seriously … It feels like, ‘it’s only the west, it doesn’t matter.’”

China pretends that blockage of our canola is justified and has nothing to do with Canada’s arrest of Huawei chief financial officer Meng Wanzhou. They claim to have found contaminants in our canola.

What an odd coincidence that China has just now found contaminants after years of importation of our canola.

What would canola growers have Canada do? Arrest Chinese citizens in Canada and torture them as China has done with two Canadians living in China?  Build a canola pipeline to tidewater?

There is one easy solution -it would compromise our values but work. Canada could release Meng Wanzhou. However, not with this government, it seems.

That’s where the political interference comes in. If some opposition politician running in the federal election were to promise the release of the Huawei CFO, it could gain a lot of support from Western voters; many who already feel abandoned over lack of progress in building an oil pipeline.

It’s not just disenfranchised oil workers and canola growers who can be recruited to serve China’s will; there are thousands of Chinese-Canadians who use the app WeChat. The social media and messaging app has one billion Chinese-speaking users around the world, and has a reputation for spreading China’s propaganda.

WeChat was used by Liberal candidate Karen Wang to some effect in her efforts to mobilize Chinese-Canadians in her campaign against NDP leader Jagmeet Singh in Burnaby South.

Holding Meng Wanzhou in the face China’s bullying will take some courage. The posturing of opposition politicians in the coming months before the federal election will be revealing.

This site uses Akismet to reduce spam. Learn how your comment data is processed.